The secret to a happy marriage: Tell your partner ‘I love you’ 10 times a week and go on at least three dates every month

The secret to a happy marriage is kissing and saying ‘I love you’ 10 times a week and going on three dates a month, an American report has revealed.
The detailed study of 1,000 married Americans also found three surprise romantic gestures and 10 deep and meaningful conversations each month are key to a harmonious relationship.
Having three shared hobbies and interests and going on two vacations a year are also among the requirements for romantic bliss. 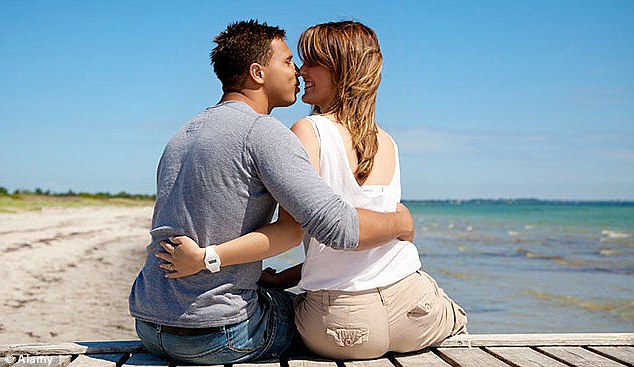 Regular kissing and telling your partner ‘I love you’, is the secret to a happy marriage according to research from America

It also emerged many Americans believe the secret to a perfect marriage is accepting each other’s faults, trust and, importantly, being able to say sorry.
Plenty of quality time, being best friends through thick and thin, and being able to have fun together are also on the list.
A spokesman for global market researchers OnePoll.com, which commissioned the research, said: ‘Anyone can get married, but it takes a lot of commitment and effort to make your marriage a perfect one.
THE RECIPE FOR ROMANTIC BLISS

‘If you are not prepared to put the work in and take the rough with the smooth, you are going to struggle to find that ideal.
‘Everyone wants to have a perfect marriage and it seems that the little things such as kissing and cuddling really are important.
‘While they might seem insignificant, it’s the little gestures which can help couples retain their closeness and intimacy.
‘If you lose this, that’s when your marriage can become stuck in a rut and lead to two unhappy or bored people.’
The study, carried out between January 30th and February 9th, polled Americans from across the country.
It found the perfect marriage will also see couples have sex three times a week, and enjoy around seven cuddles during that time.
Six nights spent cuddled up in front of the TV and two nights out with their own friends each month, along with two mini-vacations a year also make a successful marriage.
Even having three arguments a month was among the list of secrets.
It also emerged that more than half were friends before they actually became a couple, and waited an average of just over three years before walking down the aisle.
The study also found that Americans consider the biggest secret of a happy marriage to be simply accepting each other’s faults.
Trust, honesty, respect and just supporting each other also featured in the top five. 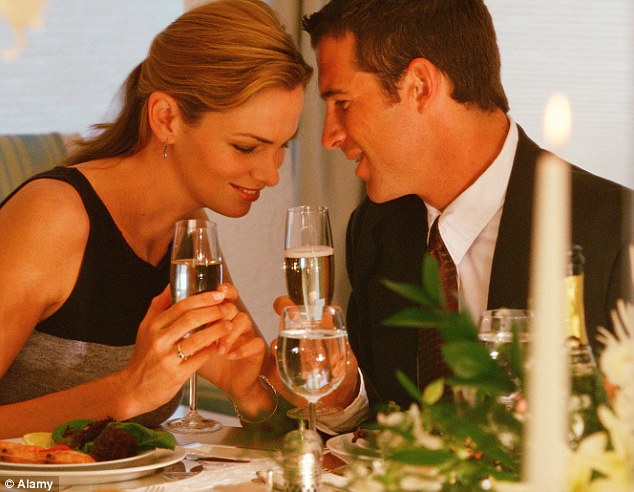 Romance: Going on at least three dates a month will help create a harmonious relationship, the report reveals

Other ‘secrets’ to a perfect marriage include being kind to each other, compromising and also knowing when to give your partner some space.
Regular sex and kisses, ending an argument before going to bed and sharing the household and parenting duties are also on the list.
It also showed that 92 per cent of Americans consider themselves to be happily married.
But of those who are not, almost a quarter put it down to simply growing apart from their partner, while another 17 per cent blame financial problems.
Not having much in common, spending little time together and affairs are also among the reasons for not being happily married.