I was watching a Disney movie, “Frozen,” and I was impressed by its message about love. In the movie, the younger sister, Ana, learns — through bad experiences — that love is not a feeling that makes us believe we have found the ideal person, who thinks and feels exactly as we do, but love takes time to reveal itself before us. In “Frozen,” love is defined as that feeling that makes us put the other person’s happiness before our own.However, this definition is to be objected, mainly because it is widely known that there are many people, mostly women, who give too much without paying attention to whom, expecting reciprocity, and due to cultural reasons ‘take up their cross’ calling it love where others would call it an ordeal.
Possibly no one can give an accurate definition of love, or have the last word in what we should do or give for love. If we did, obviously there wouldn’t be as many divorces or marital discords out there. 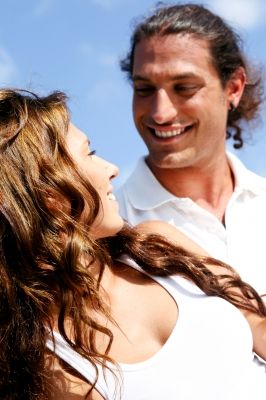 Not long ago, I met a relatively young, and very happy, couple from India. When I asked them how they met, they mentioned a date. Then I asked them when they got married, and they told me the same date. I thought they misunderstood me, or perhaps it was I who misunderstood them. But the truth was that their parents had arranged their marriage and they met the same day they got married.  I was as interested in asking questions of them just as you probably are now, and so I did, with all the right I am given in my capacity as a psychologist. The answer was the same I’ve heard from other couples. “Our parents love us and they would’ve never chosen someone who wasn’t the best for us;” “they have more experience in life than us and they know what’s best;” “they are our parents and we must respect their decisions.”  Regardless of whether we like these explanations or not, these marriages work; at least judging by what I have witnessed so far. From this moment on, we could say that a happy marriage results from two people being chosen with a certain amount of wisdom (that is to say, with our head instead of our heart), and most importantly, when these two people do their best to make the relationship work.

But that’s not all. A marriage has many ups and downs: a couple has to work to survive, make enough money to pay the bills, have kids and support them, give up what they like because there are other more pressing needs, go through hard times when there is illness, learn to be tolerant when kids are teenagers, while also having to take care of their parents during their golden years. It’s a bumpy road, and many find a way out through a new love that promises something more exciting than [all these] responsibilities, until they run into the same obligations again, and dissatisfaction dispels love.

My sister, who has been married for 42 years to “the same guy,” told me not long ago that she had never been more in love with her husband. Almost simultaneously, during the last “comadrazo” (women’s gathering) poet Lucia de Garcia said she discovered that her husband was the love of her life very recently, and they´ve been married for 52 years. After raising their daughters and they´d left home, Lucia and her husband had had the time to meet each other again, and find the truth of love on a journey they both decided to take, without interruptions from a phone or cell phones.
In my personal experience, and based on what I’ve learned from the lives of many people who have entrusted me with theirs, I can conclude that love is built when there are enough elements to build it; that is, when there is another person to build it with. If both are willing to give their best to each other, and they are there for each other, then the prospects of finding love are high, even if not guaranteed. The antidote to love are the expectations one has and assumes, thinking and assuming that our happiness depends on the other person’s dedication.  That’s when love fails, because love cannot be weighted, as we commonly do when we make other decisions in our life. Love is an intense emotion that we all wish for to make sense of life. Without love, it’s difficult to find motivation in everyday life. But real love is found only after two people have been together for many years, going through all these experiences that could have put their love to the test, under pressure, through harsh, difficult or maybe extreme situations, and yet, their love passes the test and they stick together, to remember the past holding hands, looking into each other’s eyes finding that sublime spirit called love.

previous
How Do You Know If You're Falling In Love?
next
No distance is too far. . . .